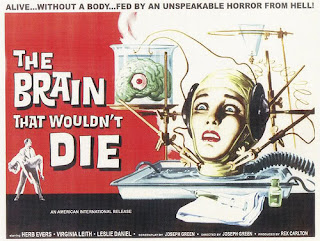 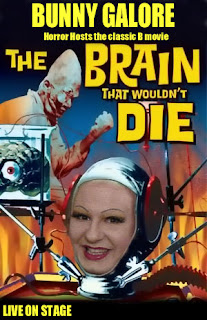 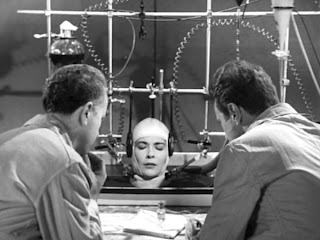 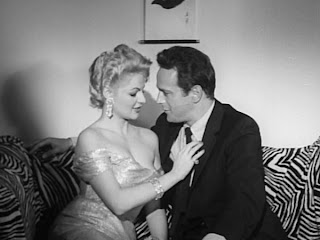 Posted by Bunny Galore at 18:24 No comments: 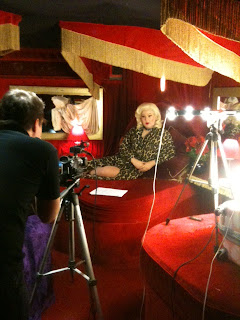 I'll be introducing some of the classic cult movies on Information Tv sky ch231, Showcase tv ch201 and Showcase 2 ch 203 starting on 26th April 2012
such classics as
The Brain That Wouldn't Die
The Amazing Mr X
The Terror
House on Haunted Hill and many many others

Posted by Bunny Galore at 02:17 No comments:

Hello Darlings
Well here we are in March already.

Its been a fun few weeks with lots of fun people in dropping by the Wam Bam Club
Plus myself and Lady Alex have taken part in the pilot for Ch4 "Is it Just Me ?"  so fingers crossed it goes to series. 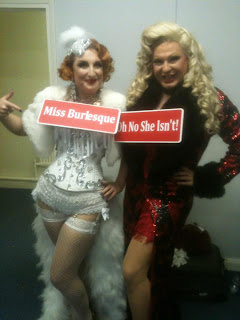 plus Movie Nightmares Satanic Rites of Dracula guest star Roy Streel along with his business partner Lorrimer Chesterfield star in there very own audio adventures The Monster Hunters
Posted by Bunny Galore at 04:23 No comments:

February back in London

Hello darlings well here I am back in London after a very successful pantomime season in Cinderella in Birmingham
and Ive now retturn to the west end bulesque show the Wam Bam Club
I hope all had a great festive season and and got a nice load of cards for valentines day, or if you like me lock yourself away till the days over hahaha
well darlings Ive been busy preparing for various projects not least the second series of Movie Nightmares on youtube
plus this year I'll be horror hosting the full uncut films for dvd 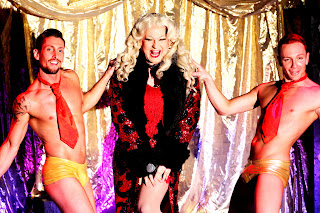 so strap yourselves in for more terrifing movie insanity!!
Posted by Bunny Galore at 15:54 No comments:

Ep. 6 Hello Darlings its me Bunny Galore welcome to Movie Nightmares this time I'm reviewing a Hammer Horror classic Countess Dracula starring tthe gorgeous Ingrid Pitt.
The only trouble I managed to evoke the spirit of ancient ancestor ooops
Posted by Bunny Galore at 14:14 No comments:

Ep 5. Join me Bunny Galore as I review the 1970s The Satanic Rites of Dracula with my dear friend Roy Steel from the monster hunters
Posted by Bunny Galore at 13:58 No comments:

ep 4 .Join me Bunny Galore as I host my Halloween party however I wasn't expecting this guest Lenny and only one problem his become a Zombie

Posted by Bunny Galore at 13:48 No comments: